"Hanging Out" at the Percolator

I want to share some photos from a show that I was in called "Hanging Out" at the Percolator here in Lawrence, which is probably our favorite art space anywhere.  As the Percolator says, "The National Hanging Out Day Art Show celebrates works of art that explore the concept of hanging laundry out to dry - whether conceptually or literally - while examining personal experience and environmental impact."

I showed two pieces in this show, both hand-sewn stuffed robots. 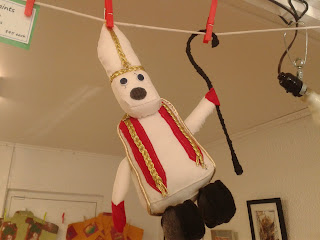 This one is called "Robo-Pope." 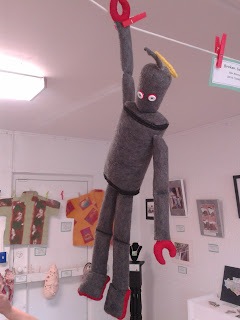 This is "Robot Saint." 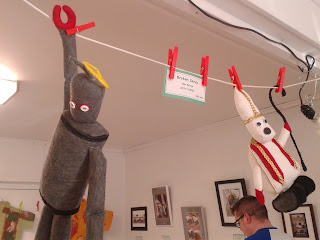 They were hung from the ceiling, as part of the hanging laundry theme.
Together I called this set "Broken Saints."

I will be showing in an exhibition called "Modern Views of Quantrill's Raid," which is a collaborative show with The Percolator and Watkins Community Museum in August.  Check out the show during Final Friday on the 26th of July.

Posted by Unknown at 7:18 PM No comments: 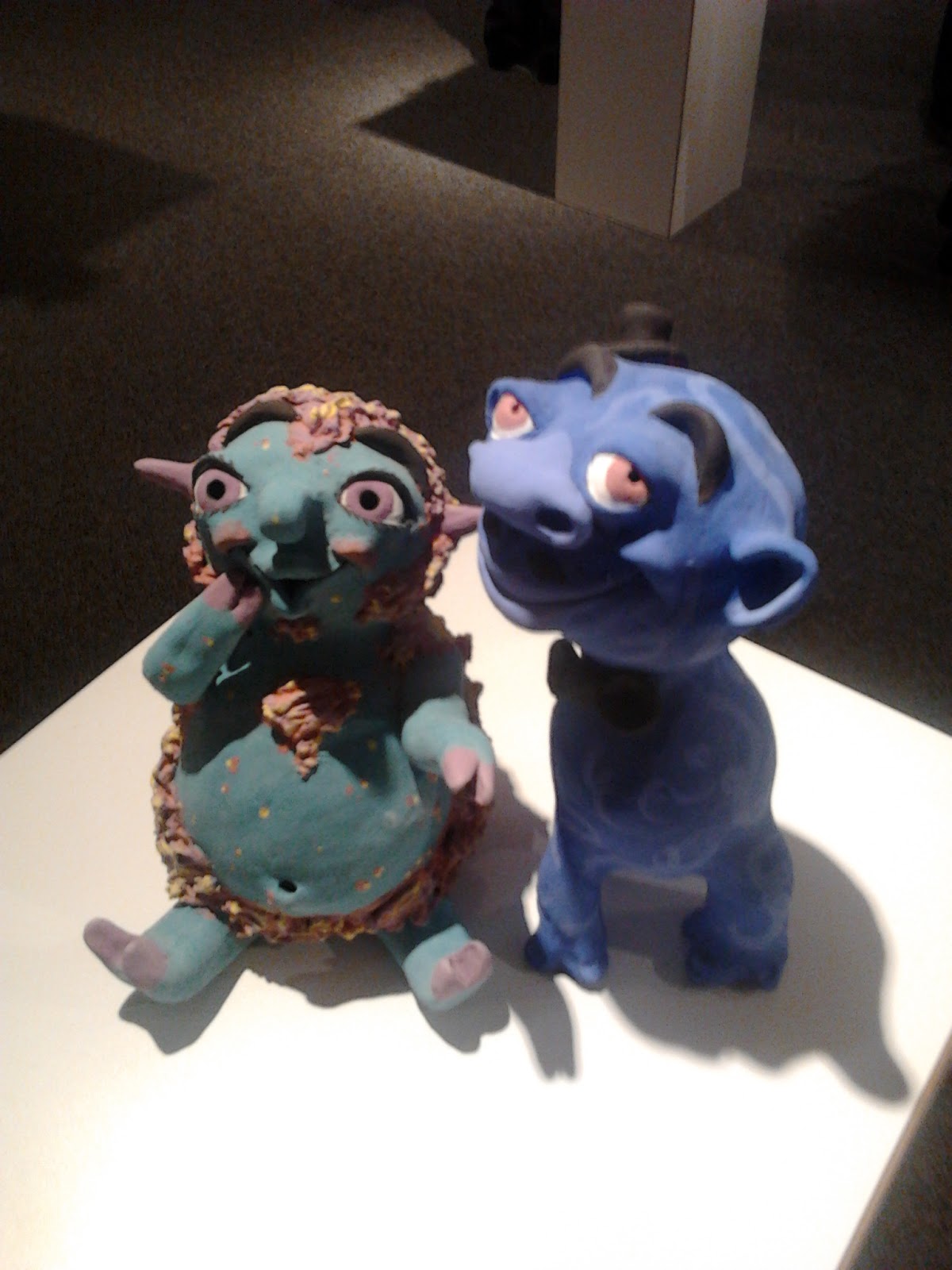 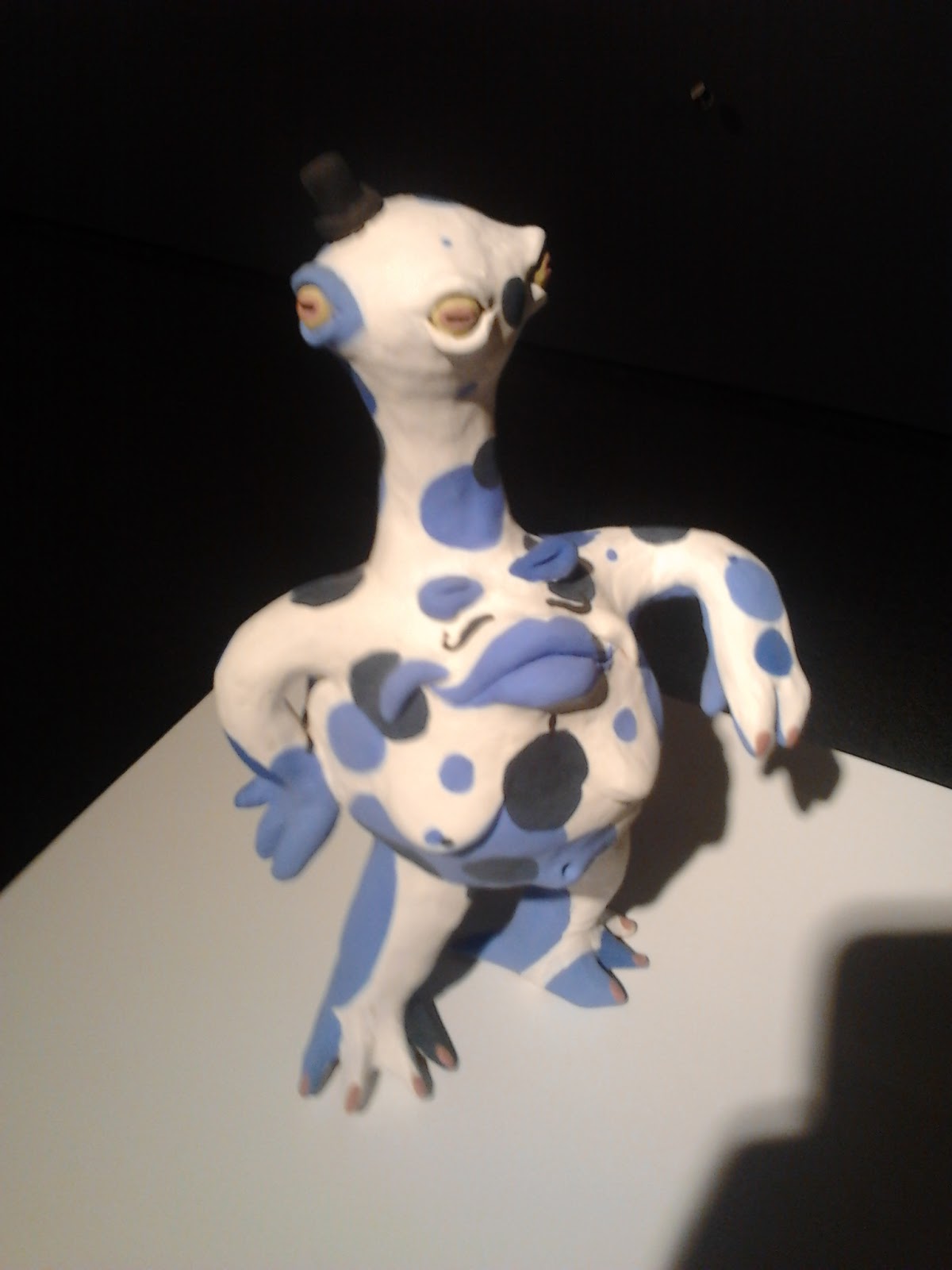 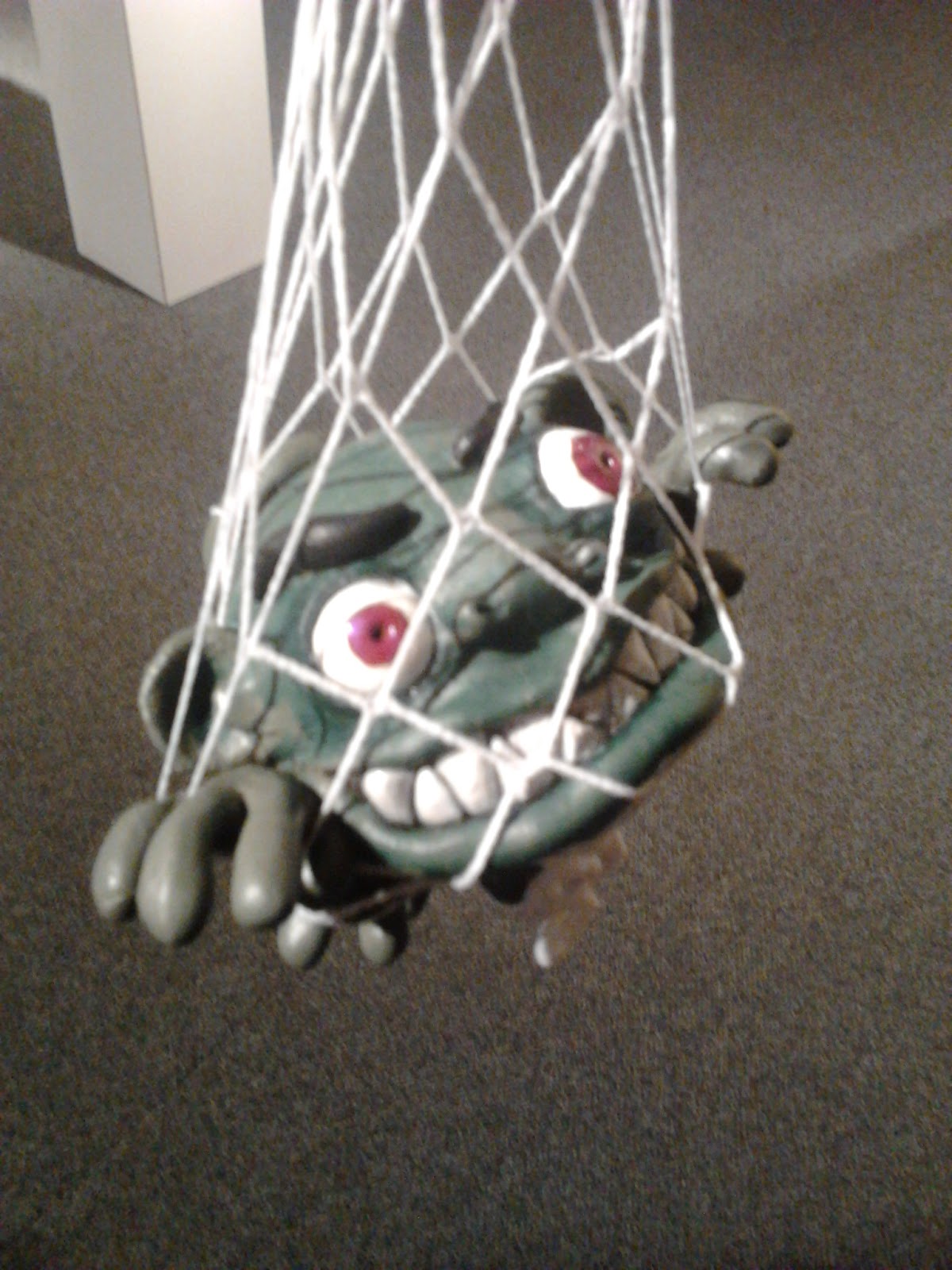 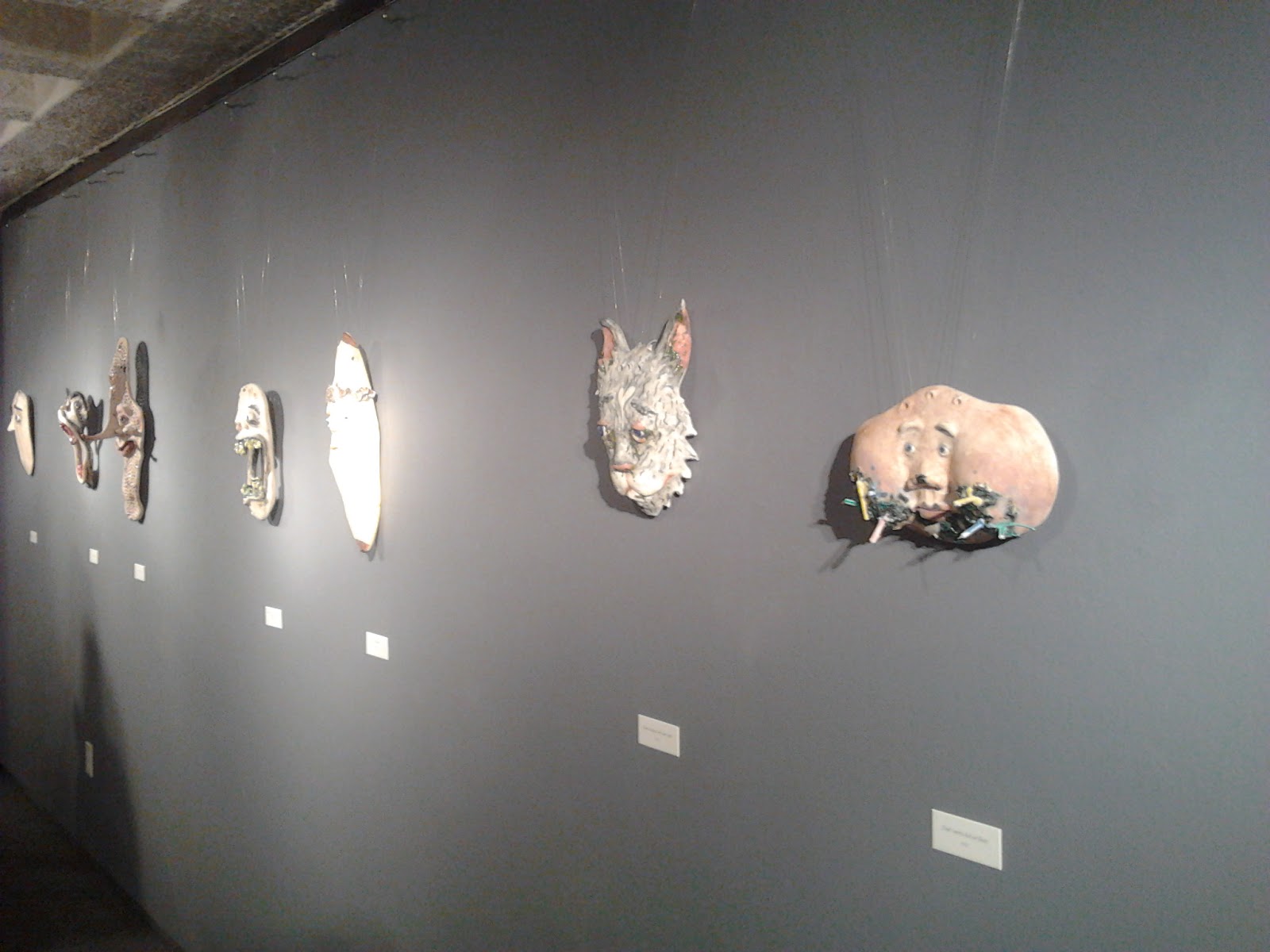 Posted by Unknown at 5:38 PM No comments: 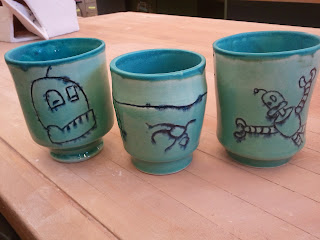 I have been putting together pieces for a show that I will be proposing at one of our favorite local art spaces.  To go along with that theme, I have also recently sewed a Stuffed Robot (a Robot version of a stuffed animal).  I am currently working on a new Stuffed Robot...this time it is a Robo-Pope.  I will post pictures when I have some...

For Final Fridays this month, we particularly enjoyed the ceramics exhibits at the Arts Center. Firstly, there was the Orton International Cone Box Show, where every ceramics piece displayed has to fit inside of a standard 3x6x6 Orton cone box.

We also thoroughly enjoyed the CUPS International show, also at the Arts Center.

For the near future, you can find out more about these shows by visiting the Current Exhibitions page of the Arts Center!

After seeing such cool cups this weekend, I was motivated to throw some new cups.  I plan to use them for glaze testing for possible use on future larger works.  Here are some of my new cups, mid-process...

Let's get this thing started.  I thought I would begin by showing some of my previous work.  During the Spring of 2012 I was working on a series I refer to as "Robot Bowls."  They are similar to my current work in surface design and subject matter, but not necessarily in form.